Myoga a rarity in the US and even in California, I can hardly find it at the Japanese grocery store unless it's in season. My friend grows it in her front yard under some bushes so we went hunting in the dark for them. I was so happy I could hardly contain myself. When I was a kid, my grandmother used to grow them under the bamboo trees in her backyard and would pull a few every now and then for dinner. Everyone would say their oooo's and ahhh's and I didn't see what the big deal was because it wasn't sweet and it had a strange and unfamiliar flavor.

There is an interesting story why myoga is called myoga. A man named Cuuda-pantaka who was one of Buddha's apprentices forgot his name so Buddha wrote his name on a name tag and hung it around his neck. Unfortunately, Cuuda-pantaka could not remember that his name was hanging from his neck. Sadly, he died not being able to remember his name. At his grave there was a plant that no one had seen before. People named this plant after him because he suffered from not being able to remember his name despite the fact that he carried his name around. The kanji for myogya is （茗荷）where the first kanji （茗）means name and has an additional radical attached for plants and the second kanji （荷）means to carry on one's shoulder or back.

Hunting for myoga with a flashlight. 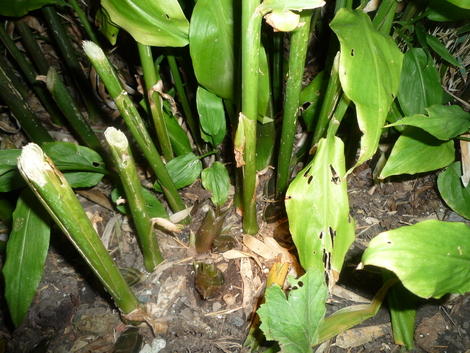 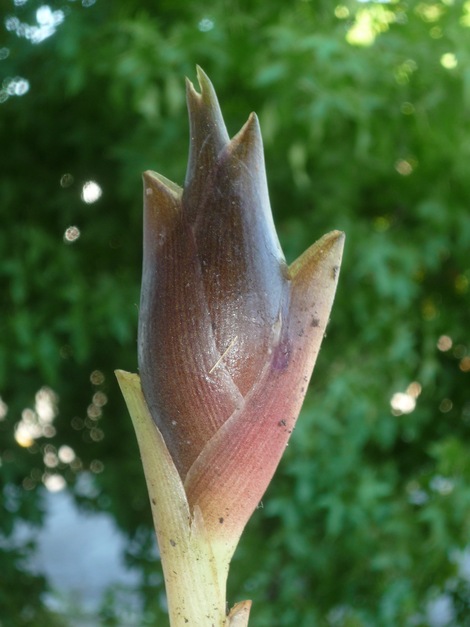 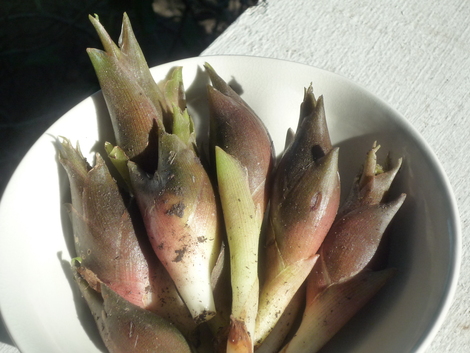 Myoga sliced in half. Don't they look like bunny ears? 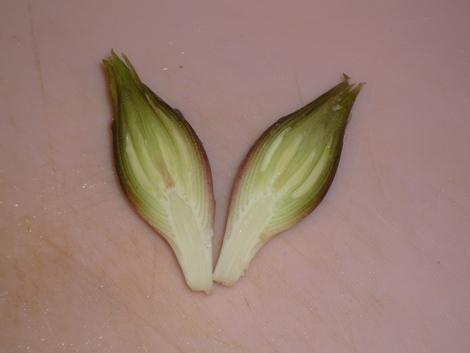