There are a few items that you might want to consider investing in if you make okonomiyaki a lot. I use a multipurpose electric skillet to make my okonomiyaki because it has thermostatic temperature controller that reaches 480° F, and a glass cover so I can see how the food is cooking. At okonomiyaki restaurants, they will make the okonomiyaki on the teppanyaki (a griddle built into the table) and usually don't cover it and it cooks fine but I think it gets a little fluffier if you cover it after you flip it.

Gourmet Sizzler by Zojirushi. I use this electric skillet for all sorts of things but it's great for okonomiyaki. This one has a titanium ceramic nonstick coating so I don't use the traditional Okonomiyaki spatulas and stick to a rubber or silicon one. 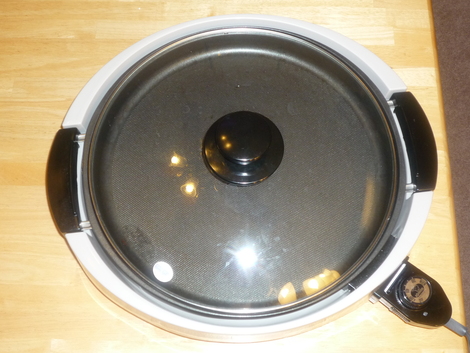 Traditional Okonomiyaki spatula.
This spatual is used for teppanyaki griddles like the kind you would see in the kitchen of a diner. There's no worry that you might scratch the surface of the griddle. The large one is used to flip the okonomiyaki (which by the way you should only do once) and the smaller one is used to cut off small pieces as you eat it and serve it onto a small plate. The spatula should only be used for flipping and picking up the okonomiyaki. You may feel an urge to press down on the surface of the okonomiyaki with the large spatula but you must fight this since this will undo all the work you put into making it a light and fluffy okonomiyaki. 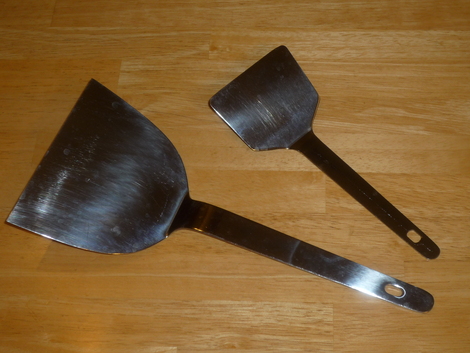 This mayonnaise dispenser is great because it allows you to create a smooth and even layer of mayo. It also makes for a nice presentation. I got this one at Loft but I have seen them in California at the Daiso stores. 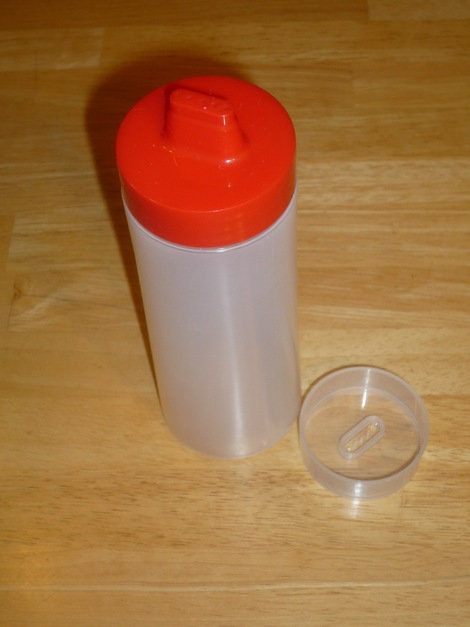 Here's a close-up. This one has five holes. 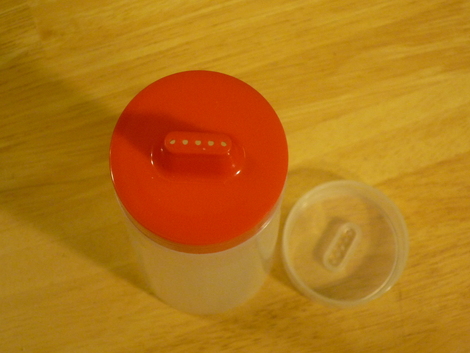