Nasu or Nasubi (Japanese eggplant) is usually more slender, smaller and has less seeds than other varieties of eggplants. The skin is also thinner and can be eaten raw. Someone at work was growing them in their yard and brought some in to share so I brought one home to post a photo and to eat it of course.

My friend says that the shinier they are the fresher they are. Ever since then, I find it hard to buy them at the store unless they are gleaming. Recently, I bought a large eggplant from a regular grocery store and it was so big that I had to cut it up into quarters and use it for different things. The thing about eggplant is that once you cut it, it starts to turn brown and goes bad quickly so I prefer to buy smaller ones.

Japanese nasu are small and slender. 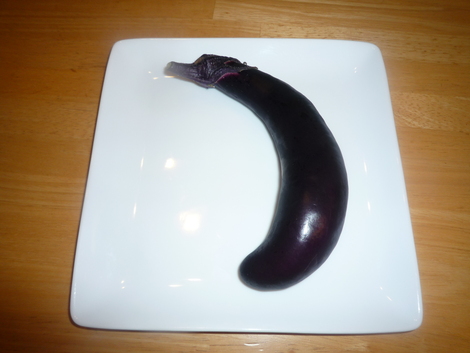 There are also fewer seeds and the skin is thinner and can be eaten raw. 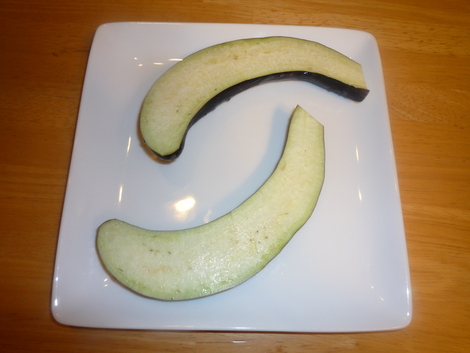 The other day, I was looking up information about nasu and I came across a saying involving nasu. I heard this saying before but I never really thought about it because it's like most saying where they don't really mean anything. Still, I thought it was worth mentioning and provided food for thought. No pun intended.

There are many interpretations of this saying. Some say it's because the nasu is too good to let the bride eat it. Others say this saying represents the cold relationship between mother-in-law and daughter-in-law. Lastly, it is said that nasu has properties that reduce body temperature and is not good for women to eat it during the autumn when it starts to get cold. Hmmm I'm not sure what to believe.