Tonjiru is a soup made with pork and miso which is evident in it's name Ton(pork) and jiru(soup). Sometimes it is also called buta (pig) jiru(soup). It usually has gobo and other vegetables but the choice in vegetables is a personal choice. This soup first started to appear sometime during the Meiji Period (1868-1912). Before the Meiji Period, Japanese people were not accustomed to eating pork.

It's a very comforting soup. It's popular at shrines during Hatsumoude (First visit to a shrine, usually the first few days of January). It's served at the food stands in and around the shrines. Tonjiru, although in the class of miso soups, is somehow a little special. It's not a special occasion soup like osumashi (clear fish broth) but I associate it as being the type of soup that warms your heart and soul.

Ingredients
80-100 grams of thinly sliced pork
5 inches of gobo cut into oblique cuts
2 tablespoons to 2 tbsp +1tsp of miso
2 cups of dashijiru but this isn't necessary. You can use just water since the pork will add a of flavor.
micro greens for garnish (optional)

Directions
1) Cut the gobo into small oblique cuts and soak in water.
2) Cook the gobo for 7-10 minutes. You'll know they are done when they are bendy.
3) Add the miso and dissolve using chopsticks and a ladle and slowly incorporating.
4) Add the pork once slice at a time so it doesn't clump up into a ball. The meat will cook quickly and get tough so turn off the heat immediately after it's no longer pink.
5) Serve into bowls and top with micro greens.

Cut the gobo into small oblique cuts and soak in water. 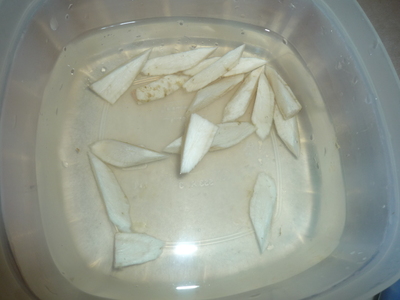 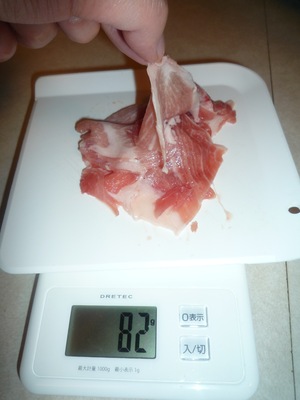 Cook the gobo for 7-10 minutes, turn down the heat and add the miso. 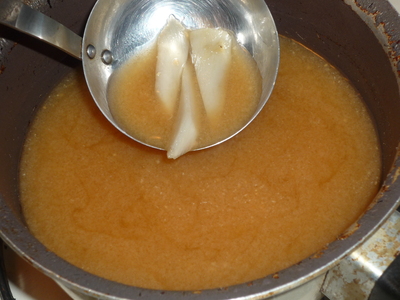 Add the pork and turn off the stove immediately. Stir until there's no pink. 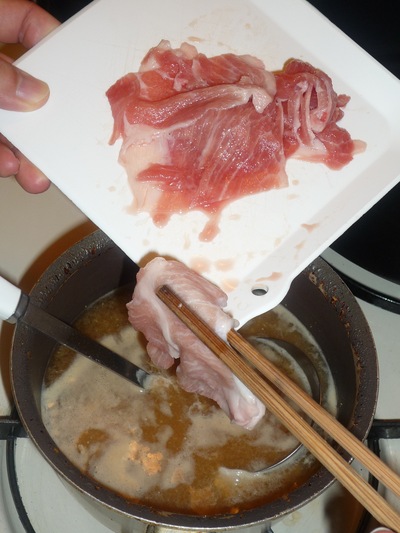 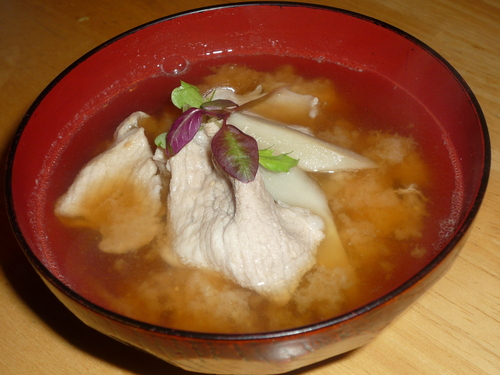 tags: Miso  Gobo  Pork
I thought fnidnig this would be so arduous but it's a breeze!
— Butterfly, November 29th, 2011