I was told that matsutake didn't always used to be exorbitantly expensive. There was a time when beef was more expensive and more difficult to come by than matsutake. Apparently, matsutake were much more plentiful even 50 years ago. Sadly, those days are long gone.

So what is it about these mushrooms that make them so special? It's the distinct earthy and aromatic flavor that it imparts on any dish. There are many ways to enjoy matsutake but one of the most popular ways is matsutake gohan (rice). After all, at a thousand dollars a pound (or something crazy like that), you want the biggest bang for the buck, or in this case the yen.

There are many closely related varieties of matsutake that grow outside of Japan. There is a bumper crop of matsutake in California this year which has pushed already reasonable prices even lower. Before I heard of the bumper crop, I thought I was just getting a super deal at a Japanese grocery store this year. This is the first time I have seen matsutake for so cheap. They're usually forty something a pound however, I got it as low as $19.99/lb this year.

Of course this begs the question of whether or not there's a noticeable difference in taste between prized Japanese varieties and foreign varieties. There are differing opinions on this matter and somehow when it comes to debates like this, the issue of nationalism always seems to come up but I still think it's interesting to explore this topic.

In my honest opinion, the California variety pales in comparison to the more expensive Japanese variety. Although California matsutake has the essence of Japanese matsutake, the flavors are muted and I'm left feeling disappointed. Regardless, at $6 dollars for 2 decent sized matsutake, I will still jump at the opportunity to have just a little bit of that matsutake flavor.

California matsutake is a fraction of the price of Japanese grown matsutake. 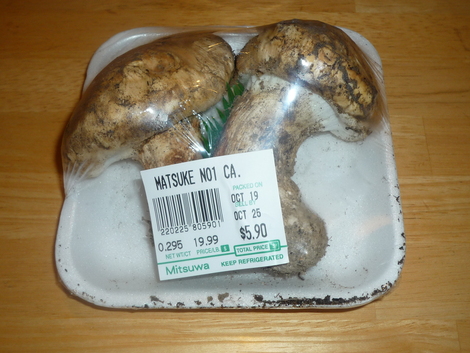 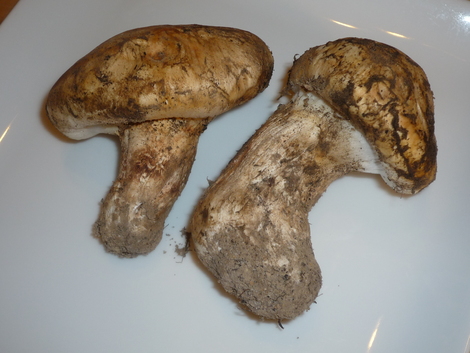 Don't wash the matsutake. Use a damp close and whipe down the dirt. 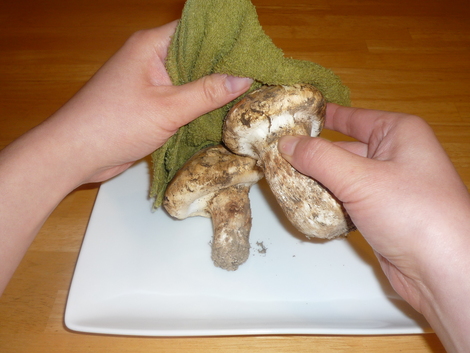 The matsutake is clean and ready to be prepped. 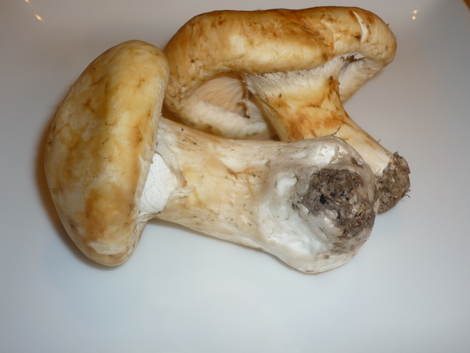