There’s something beautiful and strangely symmetric about renkon. As a kid, I always has a weird way of eating it so that I preserved the beautiful flower shape as long as possible.

Renkon has a wonderful shari shari consistency. English really needs more onomatopoeias. How can I describe shari shari? It’s describing a crisp consistency you get from biting into something that has a lot of moisture and bite. It’s not crunchy but, instead makes a shari shari sound. Hmmm maybe I failed at explaining that. Anyway, most dishes are prepared in a way that allow you to enjoy it’s texture, but it can also be cooked down and served soft. When I think of renkon, I think of Japanese New Year, since it’s often served with cooked vegetables, pickled or fried as tempura.

Renkon comes in many different sizes. 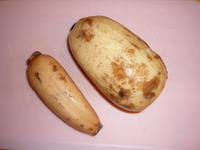 Renkon are linked together like sausages and cut into individual pieces. You can see the stub where it was cut. 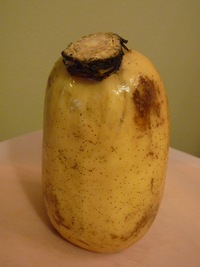 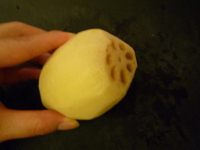 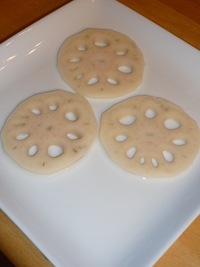 Because renkon is very fibrous and has a lot of aku, you'll want to put them into water after slicing to prevent them to turning a reddish brown. If you're going to pickle them and want to preserve their color, add a teaspoon of vinegar into the water.